You are here: Home > The Tao Of A Corn Cob Pipe

The Tao Of A Corn Cob Pipe

Here is a sweetly melancholic article I recently read in the New York Times… hope you enjoy it! 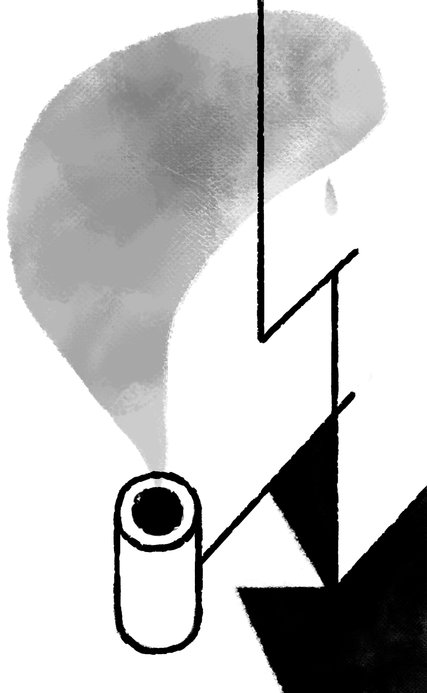 BUSHKILL, Pa. — EVEN now, when I conjure him and he deigns to come, I always see him the same way. He’s encircled in sweet blue smoke, standing on the cool stone of the walkway around midnight. A little man, ancient, almost swallowed by the vivid articles of clothing that his devoted daughter always bought for him. They were nothing like the slate-colored clothes my grandfather would have chosen for himself. But they covered him and kept him warm.

In a way, they were just one more indignity, albeit one that came from kindness and filial devotion, in a life full of them, and yet it was testament to him that he always managed to bear those indignities and even to lend them grace. Cancer had taken his eye. The dentist had taken his teeth, and replaced them with ill-fitting dentures that hurt him and made speech difficult. Years in the mines had taken his hearing, making him all the more isolated.

I wasn’t there that night but the way I heard the story, he had gotten out of bed when he thought that everyone else in the house was asleep and slipped down into the basement, carrying all the possessions he still had left, his hats and a few tokens of the life he shared with his long-gone wife, and was stowing them away in boxes when my aunt caught him.

After some quizzing, he finally told her that he had dreamed that he was visited by my grandmother, then more than 10 years dead. He was packing to get ready to go see her. My aunt dismissed this and gently shooed him off. And so, to bear this latest small indignity, the old man stepped outside, packed the last of his pipes, a battered corncob with the good Virginia burley he preferred, lit it, and watched the sweet and earthy blue smoke curl up into that summer night.

And now, it’s another summer night, and I’m anxious and wide-awake. The house is silent. Everyone else is asleep. And so I grab my own scorched corncob pipe from the table by the door and step outside. I light it and watch the smoke curl up.

Ever since I was a teenager, I have on occasion smoked a pipe, though I tend to do it in secret, because, lacking my grandfather’s natural dignity, it always seems to me to be pretentious, especially given my line of work.

And yet, lately, I’ve found myself standing out on the deck more often with the bit of the corncob clenched between my teeth, and maybe to avoid other thoughts, I’ve been giving an inordinate amount of consideration as to why that might be.

Part of the reason, certainly, is that I’m getting to that age where I realize that it might be a good idea to smoke fewer cigarettes, and for better or worse, the pipe is one way to do that. But maybe it goes a bit beyond that. I’ve come think that there might be something about the Tao of a corncob pipe that resonates with me.

Certainly, a stolid corncob pipe lacks the ostentatious elegance of a well-crafted Italian brier pipe, or the fussy artistry of a meerschaum. It is fundamentally democratic in the most Jeffersonian sense. An agricultural product — no, an agricultural byproduct, the waste left after one use, repurposed for a second.

Though I haven’t yet done it myself, I’ve given a lot of thought to how a corncob pipe is made, and it requires thought. You take the waste left over after you’ve used the corn for food or fodder and you allow it to dry. It takes patience, and that patience is, in a very small way, a kind of commitment to the future as much as it is a connection to the past.

Once it’s dried, it’s crafted into something usable. Craft. Another word we’ve lost sight of.

Just a few days after that incident in my aunt’s basement, my grandfather collapsed. Congestive heart failure. My extended family took turns keeping vigil at his deathbed in a room painted the same exuberant colors as the clothing he was fated to wear in his dotage and when it was our turn — my father, my mother, my sister and me — the old man shuddered a bit, let go a sigh that could have been a song and was gone.

I left the room and made my way downstairs. I had in my pocket a pipe he had given me, and so I packed it, lit it and watched the sweet blue smoke curl up into the sky.

I guess I wanted to bid him farewell in a language the half-deaf, half-blind old man could still hear. And maybe, standing on this deck with the bit of a corncob clenched between my teeth all these years later, I’m still trying to conjure my grandfather, or at least his dignity in the face of all the indignities the world threw at him.

Sometimes, he deigns to come. And when he does, he always has that pipe in his mouth.